How Does Axonize Work? 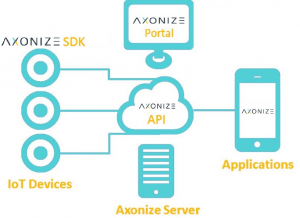 The Axonize Device SDK uses the AMQP (protocol) for connecting to the cloud. HTTPS and MQTT can also be used.

The Axonize Device SDK is a wrapper on top of the Azure IoT Hub SDK and can be used to send events to Axonize as long as the payload it is properly formatted.

Please contact Axonize support in order to get the Axonize SDK.

The Axonize Server enables you to monitor and control your Devices from a single consolidated repository. The Axonize Server collects all the Device events in one place so that you gain business insights from the events, in order to create new revenue streams and reduce operational costs.