Deutsche Telekom is one of the largest telecommunications companies in the world. Headquartered in Germany, the company serves nearly 200 million customers in 50 countries.

How do you provide IoT services when your customers span dozens of industries, need thousands of sensor types and all require a high degree of customization?

That was the challenge Deutsche Telekom (DT) faced in entering the IoT applications market. DT serves its enterprise customers with global broadband connectivity, cloud and data services, security and more. They quickly realized that providing connectivity for IoT devices is only part of an IoT solution and began to expand into developing and maintaining IoT applications.

In order to scale application enablement to many customers, DT realized they need an extremely flexible, secure, and scalable IoT platform. They started developing a platform in-house, taking advantage of their Azure data centers and benefiting from the high degree of inherent security in Azure.

However, development would take years, and customer needs were immediate. Therefore, in parallel, they began to evaluate the IoT platform market. The requirements from external platforms were based on the understanding that for Deutsche Telekom, the IoT market is everywhere. They would need to provide solutions for Smart City, Smart Manufacturing, Smart Building, Smart Home and many more.

They examined various platform’s capabilities to:

When the DT team met Axonize, they realized that Axonize shared their vision of IoT platform capabilities and that the technology was also built on top of the Azure infrastructure. The DT in-house platform would only be able to match Axonize’s capabilities in another two year’s time.

Axonize already offered support of any sensor or device, configurable business logic, robust scalability and unique multi-tenancy for IoT applications. This enabled orchestration, as well as management of IoT-applications-as-a-service.

During the evaluation phase, the DT team was blown away by the speed of building an IoT application on Axonize. An initial test app was fully developed on Axonize in just 2 hours, including device connectivity, business logic, and a dashboard. After a lengthy technical and business evaluation, DT settled on Axonize as their platform of choice.

Currently, DT uses Axonize as the infrastructure for their Connected Things Hub, (CTH). The hub is used to simplify IoT deployments for their customers by allowing them to connect any device in any protocol, manage and store the data, and to develop any application on top of the data. It includes APIs for connectivity to IT systems. Axonize’s unique multi-tenant hierarchy capabilities allow CTH users to design granular access permissions by department, geography, etc, as well as to orchestrate several applications for a single customer.

Most importantly, DT is able to offer its customers a rapid prototyping cycle, where one can go from idea to a virtual prototype within hours, to help evaluate an idea. Moving a virtual device’s settings to a real device is then instantaneous. Customers can start small, identify costs and benefits of IoT early on, and make sure they’re investing in ROI-positive projects. Of course, the flexibility of the Connected Things Hub ensures they can scale their digitalization efforts at any point in time.

Demand for DT’s Connected Things Hub is high, and many customers have already started implementing a prototyping and initial deployment cycle, with plans to fully digitize their business in the near future.

To learn more about Axonize’s IoT orchestration platform and how your organization too can benefit, contact us today. 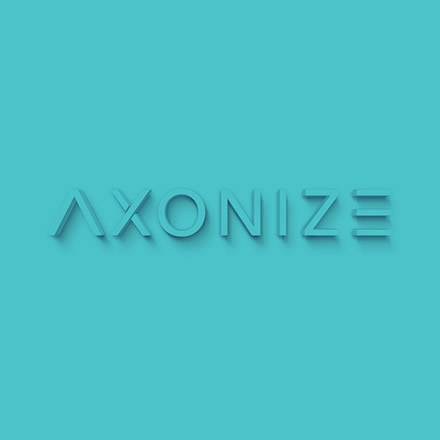